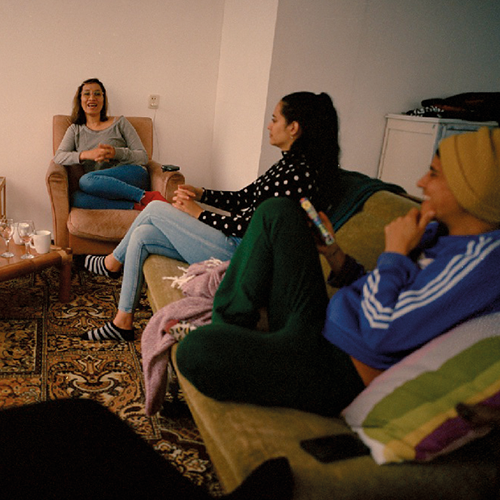 Three years ago I wrote an article about the situation of trans refugees from Latin America in The Netherlands on how misunderstood we were by society and government alike. Since the article was published many things have happened; of the trans women I wrote about, some ended up in Spain or elsewhere in Europe doing survival sex work in order to make ends meet, while others are either living undocumented still in this country or fighting and navigating the life-eating asylum system. My asylum case ended negatively and I had to live underground in Amsterdam.

Since my arrival in The Netherlands after fleeing Mexico and especially while living undocumented, I noticed how invisible the needs of Latinx trans women were, starting from the Dutch authorities failing to recognize us as refugees and thus us having to live under very precarious situations. Our countries of origin are classified as harmless by the Dutch government, while the reality is that in Latin American societies, trans people are discriminated against and murdered on a large scale. Big and small LGBT organizations were busy talking about Middle Eastern niet gay genoeg refugees, Putin’s anti-LGBT policies and about Uganda’s ever more crushing homophobic laws. Yet not a single organization had us and our needs on their agendas.

Paula: “The goal of PK is to create a community for trans and queer Latinx people, both in The Netherlands and across the Atlantic. To organize and advocate for our own rights, and to empower the community from within. Bring visibility into our life stories, because our life stories matter.“

In October 2017 a friend of mine invited me to this place called Vrankrijk, the last squatters place left in Amsterdam and a haven for underground artists and events. There I met and befriended two Latinx queer women; Paula and Nadia, one Colombian migrant and the other born in this country. Long before I met them, they were busy creating events to bring and connect underground Latinx artists touring around Europe with the public that attended Vrankrijk. These artists and performers were not necessarily queer but of Latin American origin. Their goal was to create a bigger network and to raise funds for organizations and collectives in Latin America. Meeting these two women was an epiphany for me, since for once -outside the refugee centres- I was around people with whom I could speak in my mother tongue, and with whom I didn’t have to explain myself and my intersections, such as being trans, former sex worker, and without a family.

Nadia: “Being able to raise money and temporary housing for people who really need it in the moment. Being able to respond to an immediate need and supporting people to make their situation a bit better. I’m also very proud of PK and the people that are part of it.”

Many years after our first meeting we continued talking about the idea of coming together, creating art and raising funds to help and support members of our community. The need was there, but we were so busy battling our own battles -in my case first my fight to be recognized as a refugee, then how to stay alive while in Amsterdam- we couldn’t align our times to make it happen.

Aleja: “What attracted me to join PK was the causes that PK supports. I love the fact that it is a collective created for and by the Latinx Trans & Queer community. I think PK represents a part of a community that has never been supported or even looked at. But it is a reality. We need to start changing our migration policies, we need to start acknowledging the needs and struggles of the Latinx Trans & Queer community.“

Last year, amid the worst of the Covid pandemic, Trans United Europe created an emergency fund to help sex workers who couldn’t have access to any type of government aid. Thus I began to receive messages from Spanish speaking trans women who were either stranded in The Netherlands, unable to access HIV medication or unable to afford food or pay rent due to the lockdown. At the same time Paula and Sundari, who met at Vrankrijk months before, made a documentary film relating their experiences as Latinx migrants and refugees. The film premiered as part of the Through The Window Project in Istanbul. At one point I met the two of them to help with text and subtitles. At that moment we realized that it was time to finally come together. Along with Paula (queer artist and performer), Nadia (Dutch born Latinx musician), Sundari (Costa Rican non-binary musician), Lauren (fellow Latin trans refugee and amazing cook) and later Patri (Colombian born Danish trans man, classical trained musician) and Aleja (Colombian cis-woman living in Amsterdam and the most amazing project manager we could have dreamed of), we made Papaya Kuir happen last October. Our collective aims to help Latin American trans women, cis queer women, and pre-op trans men. We chose a name that reclaims the use of the word Papaya (slang for female genitalia in several Latin American countries) with Kuir being a modification of the word Queer, and just as Queer was reclaimed from something negative we reclaim it with a twist.

Lauren: “With PK I want to be able to make my dream of helping others come true. Those who are going through situations that I myself have lived through. It gives me satisfaction to be able to help in some way and make a difference.“

Since then we have participated with our film and also as speakers -bringing with us the knowledge and lived experiences- in events like the International Queer and Migrant Film Festival, a panel talk with Color Qollective and we’ve been busy raising funds to provide emergency help for those who are Latinx migrant, in state of being undocumented, waiting for status, homeless and sex worker in dire situations. From giving money for groceries, buying a train ticket for those who need to move around the country, helping with translations at hospitals, connecting people with those who can have a spare room, or simply coming together for a nice community meal.

Patri: “In Papaya Kuir we are building a community which was and is still needed. We are helping a lot of queer people who otherwise would be by themselves. I see a future of Latinx communities where all queer Latinx people can interact as they feel comfortable and celebrate our culture together. As part of a queer Latinx collective, I have gotten a new family with extended family members. Together we can stand up for our rights and support each other.“

The needs of our communities consist of much more than emergency help, we know this. But, we also know that while bigger organizations and policymakers are busy discussing abstract policies, there are people caught between the intersections of life and who cannot wait to get help. That’s why we are here. Through our fundraising campaigns we want to be that bridge that connects human beings in need with those who can provide help. Through our art projects we want to show the world that we are more than just migrants and refugees, that we are also talented people. And through our visibility we want The Netherlands to know that we Latinx queers exist and that they need to look at us, that we do matter, that our voices count and must be heard!

Come and see us at our events! Below info about our event on the 18th of June:

‘Kuir Kabaret is not your normal cabaret, get ready to experience amazing performance acts with all the glitter, colour, love and acceptance of local and international artists.’ Join this event and help us to, grow, raise money, and help the Latinx queer community. To book a space at our venue: https://www.detanker.nl/ To follow the event online: https://www.eventbrite.nl/e/papaya-kuir-tickets-152498217273 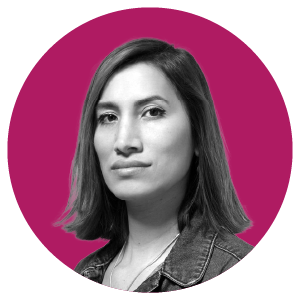