How T made me realise I am ace 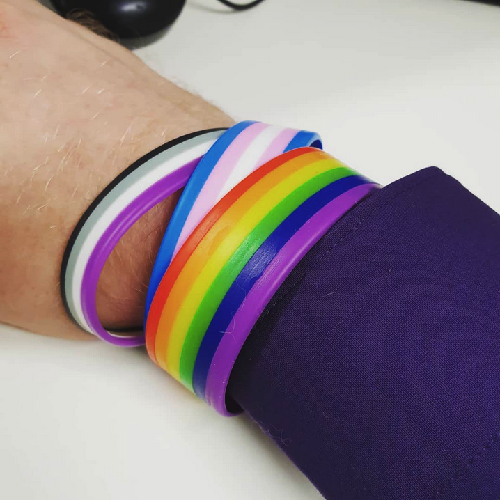 How T made me realise I am ace

I’ve always been interested in sex. Years before puberty hit, I studied the books on human anatomy in my parents’ bookcase, taking extra time to thoroughly examine the chapters on sex and sexuality. Especially the tiny silhouettes of straight (of course) couples in all kinds of positions fascinated me. Why would people do that?

The library had more age-appropriate books about sex, teaching me a lot about how, with whom and where. Yet none could help me understand why. Something to do with hormones, but how could hormones make you want to do all that with someone else?

By the time my body started to blossom in all the wrong colors – during a test on human reproduction, oh sweet irony – I had convinced myself that people just had sex because of some instinctive need to reproduce, and they probably exaggerated the importance of it in movies anyway. It simply couldn’t be that big of a deal, and if it was, it must be some kind of character-flaw, like anger management issues.

Like many trans people, I existed mostly in my head, only aware of my body when I was working out in the gym. So being more of a thinker than a feeler, it made sense I lacked the urge to make my body do something with other bodies.

Even when I developed a big crush on an older classmate who wrote poems in English and was a competitive swimmer with a physique to match, I never once imagined myself putting all those things I’d read about into practice. I’d much rather just look at him and talk about poetry. Maybe I wanted to kiss him. Based on what I saw in movies, kissing was an expression of love and had nothing to do with sex.

Then I got a boyfriend and it all changed. Except it didn’t.

He lived six time zones away and the first time I met him in real life I spent three weeks at his parents’ house. We were not allowed to sleep in the same room, so my first practical experience with sexual behavior was fooling around in the living room after his parents had gone to bed.

My first kiss shocked me, because it turned me on, physically. That wasn’t supposed to happen, kissing was supposed to be an expression of love, not lust. How could my body betray me like that?

But it felt nice and I quickly grew to enjoy kissing. A lot.

Over the years I became more sexually experienced, but for the most part that was to please my boyfriend (and later husband). It wasn’t that I hated it, sometimes it was actually pretty great, but I didn’t understand the immense appeal. It also didn’t help that he seemed to really like my body, while I was getting increasingly uncomfortable with it. Or at least parts of it: the parts he liked best, that turned him on. A phenomenon I still couldn’t grasp.

At the same time I wrote stories about sexually active characters, frequented message boards about sex problems, and read articles about fetishes. It still fascinated me. I just didn’t feel the need to do it with my husband, or anyone else. I’d much rather cuddle on the couch or make out on the beach. Physical intimacy felt so much nicer without trying to achieve orgasm, which was messy at best, and sometimes tedious or even painful.

Then I started medically transitioning towards a more masculine body and it all changed. Except it didn’t.

In the months between expressing my need to bring my body more in line with my masculine identity and actually starting the process, I did a ton of research on the effects of testosterone. More hair, deeper voice, bigger muscles, different body shape.

The closer I got to my first shot, the more excited I became. According to the videos I watched, the effect was pretty much instantaneous, so when that third week of April 2010 came I was ready and waiting.

Maybe after my second shot?

His need to have sex with me changed too, decreasing exponentially the more masculine my body became. While the reason hurt, I welcomed the result.

Then, finally, I came across the word asexual, and it all changed. For real this time.

Having a pretty clear idea of what the ‘a’ in asexual could stand for, I Googled it right away. Lack of sexual attraction. Not interested in sex. Back in 2010 Wikipedia briefly mentioned four types of asexuality (A to D) and I couldn’t really put myself firmly in one of them, but the general idea seemed to fit me.

I am asexual. I do not have any intrinsic desire to have sex with anyone.

However, I do crave physical closeness when I am emotionally attracted to someone. I still love kissing, cuddling, hugging and holding hands. If it sometimes leads to more, I’ll go with the flow, as long as it doesn’t take too much time.

But I’d be just as happy without it.

Being ace makes relationships a bit more difficult, because I can’t tell if someone’s attracted to me in ‘that way’ until they start kissing me. It makes enjoying media challenging because watching or reading sex scenes is uninteresting at best, but usually awkward and mildly nauseating. And admittedly, sometimes it feels like I’m missing out on something that seems to be so important to pretty much everyone else, that it has permeated each and every aspect of human existence.

And yet, where I once hoped testosterone would change that for me, I now am glad it hasn’t. This way I don’t have to spend any energy on thinking about sex and how to get it. I don’t have to make any effort to be sexually desirable to others, following all kinds of societal rules that, from what I observe, can be quite damaging. And when I see some of my trans siblings struggle with sex and sexual relationships, I almost feel blessed that this aspect of transitioning passed me by.

But ultimately, even without the advantages of being ace, being allosexual* would simply have made me a different person. So while testosterone has changed my body for the better, the best thing it did for me was leaving my soul intact. 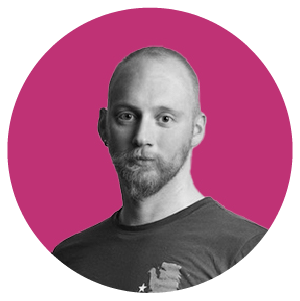