According to Ana Paula, Column

I have lived in the beautiful Netherlands for seven years now. This is where I feel at home. Since my arrival in the Netherlands, I have lived in Amsterdam-Zuidoost. Every day I am surrounded by a great diversity of cultures and languages, all kinds of smells and colors. That’s what I find so appealing about living here.

However, as a bicultural trans woman, I see that there’s still much to be improved for the transgender community. That’s not only the case here, but also in the rest of the Netherlands. Because I am of foreign decent, I personally have to deal with xenophobia. A sum of toxic beliefs, fears and sentiments in society oppresses us. The presence of xenophobia among the population is very threatening to me, coming from a foreign country. At the same time, as a Latina trans woman, I am often approached as a sex object. In addition, I have to deal with racism in the Netherlands because of the color of my skin.

In my everyday surroundings, transgender subjects are still a big taboo. The presence of all these different cultures goes hand in hand with an equally large diversity of religions: the Bijlmer has the largest religious area in square kilometres of the country. As a resident of this part of the city, I know countless stories of teenagers who ended up on the streets because their gender expression was not accepted at home based on religious beliefs.

Not only in Amsterdam-Zuidoost, but throughout the Netherlands, we see an increase in violence, harassment and discrimination against our community. As a trans woman, I often feel unsafe because of that. I notice that there is still very little knowledge and sensitivity about ‘the subject transgender’. The comments on social media, and the way the media reported on the coming out of Nikkie Tutorials for example, proves how ignorant people still are.

That’s the reason why it is so important that initiatives such as IDAHOT exist: the international day against homophobia, biphobia, intersexophobia and transphobia. This day is also called ‘a global celebration of sexual and gender diversity’.

If we want to create a society that includes everyone, then we will have to start a conversation with each other about transphobia. With people in the neighbourhood, but also with colleagues or classmates. IDAHOT can help with that.

Do you want attention for gender diversity in your neighborhood, at your workplace, or at school? Join some activities, or be inspired to organise something yourself on, or around Monday, 17th of May 2021.

Together, we can contribute to a safe and understanding environment for every trans person. In every neighourhood. Throughout the Netherlands.

This day is also known by the abbreviation IDAHOBIT (International Day Against Homophobia, BIphobia and Transphobia).

Ana Paula Lima (she/her) – Transfeminist, anti-facist, Brasilian Dutchee, Latina, Pride ambassador, frontfighter of a world without transphobia. ‘As editor for TRANS magazine I want to show people the world through the eyes of a bicultural trans woman.‘ 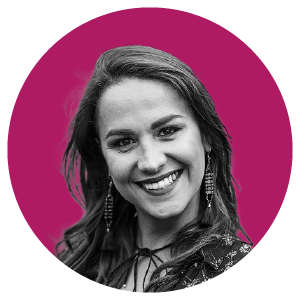