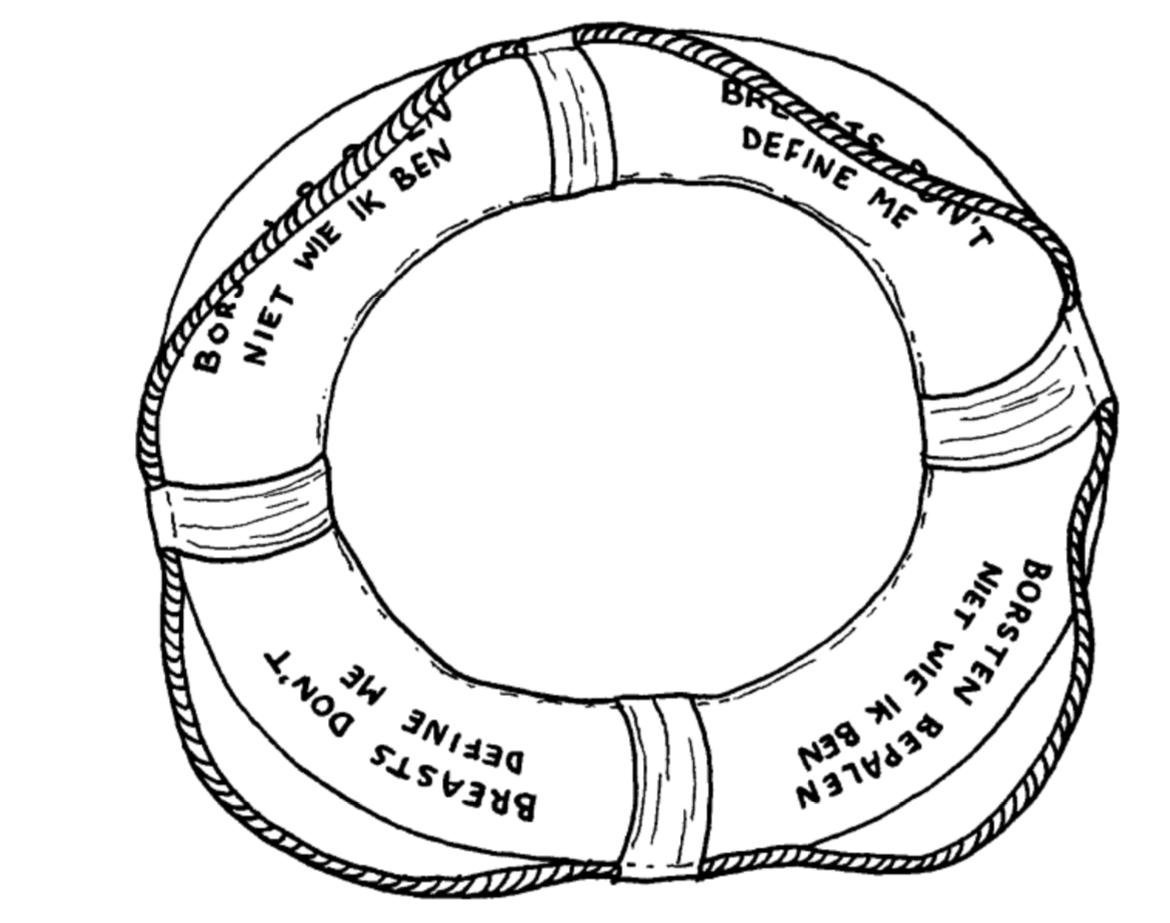 There I am, a non-binary Arts enthusiast, in one of the most beautiful museums in the Netherlands. It’s been years since I saw the inside of the Tropenmuseum, but an exhibition named ‘What a Genderful World’ is something I obviously can’t skip.

The first thing I notice as I go up the stairs is how sparingly the spaces are lit. The museum mostly uses bright spotlights, spaced out on the ceiling. It gives the stately rooms a very contemporary feel, but it also means that I really have to get to some of the signs to be able to read what’s on them. Whether or not it’s practical, the shadowy spaces seem to take the visitor on a journey. Some of the glass cases require me to actually press a button to activate the lighting inside. The sparsely lit rooms make it almost impossible to look ahead to see what’s next.

The Tropenmuseum gives a podium to cultures all over the globe, focusing on the human story. Their exhibitions deal with universal human topics. One of those topics is the notion of gender. In ‘What a Genderful World’, the different ways cultures handle gender are highlighted, and visitors are confronted with the way they look at gender themselves.

The further I progress through the exhibition, the more I discover about the meaning of gender and it’s different cultural expressions: Samoan fa’afafines, Albanian burneshas, Zapotec muxes, Native American two-spirit people and Southeast Asian hijras are all covered. It becomes clear that this exhibition is mostly focused on people who are unfamiliar with the different ways cultures all over the world interpret gender. That’s not a bad thing, of course, but for people with some more gender knowledge, it might mean this exhibition might be somewhat superficial.

I stay in the same room. There are two giant emoji-shaped punching bags hanging from the ceiling: one in the shape of an eggplant, the other shaped like a taco. Anybody who knows anything about innuendo-laden online emoji language knows that these are supposed to be a penis and a vulva. I’m invited to put on a pair of boxing gloves and give the punching bags a whack. I appreciate this interactive part of the exhibition, but the space is small. As soon as a group of overly enthusiastic kids start punching away, I opt to quickly head for safety.

For me, That Lady Thing’s ‘Sea of Objectification’ is a standout piece. Shaped like a ball pit, it’s filled with small round breasts instead of plastic balls. I’m invited to get into the ball pit and pose with one of the life buoys surrounding it. The buoys have different phrases on them. I read them and find the buoy that speaks to me. ‘Breasts don’t define me.’ I love that that specific statement is in there. The question ‘But what about your breasts?’ is one that pops up frequently in my own gender journey. As if those breasts make me less non-binary. For me, they don’t take anything away from my non-binary identity.

There is the lead singer of Aerosmith, who I always labelled as ‘man’

After I climb out of the tit pit, I resume my journey. I enter a bright red room, with large pieces of fabric draped down from the ceiling in a circle. The pieces have huge pictures of celebrities printed on them. Every picture is accompanied by a quote from that person about gender: Sam Smith, who came out as non-binary in 2019. Conchita Wurst, the bearded Eurovision winner. The usual celebs you expect to see when talking about gender. But there’s also a piece of fabric with a larger than life picture of Steven Tyler: the lead singer of Aerosmith. His quote? ‘I’ve been misquoted in saying that I’m more female than male. Let me set the record straight – it’s more half and half.’ Steven Tyler seems to play with gender. I pride myself on keeping an open mind and not putting a label on people, but I never would’ve said this rugged rockstar was anything other than ‘man’. It was refreshing and confronting to realise that I still have my own biases when it comes to gender.

The journey concludes with a dark room containing six highlighted panels in rainbow colours. They take up the entire wall. Every panel has a question in all capitals. Underneath the questions, visitors have space to put up notes with their answer to the question. I take a look at the questions and try to give an answer before I read the notes.

In which gender box do you fit?

Who are your gender role models?

How do you break gender norms?

When are you playful with gender?

The exhibition ‘What a Genderful World’ contains so much more than I could write about. It’s a journey for inexperienced gender adventurers, but there’s plenty to learn for the more seasoned gender explorers as well. Things that stayed with me, might not interest you at all. And what seems obvious to me, might be completely new to you. So don’t hesitate to go on a journey yourself in the Tropenmuseum!

The exhibition is open until January 3rd, 2021.

Try your luck in winning free tickets: order TRANS#3 now online in our Shop and send your purchase confirmation mail to info@transmagazine.nl