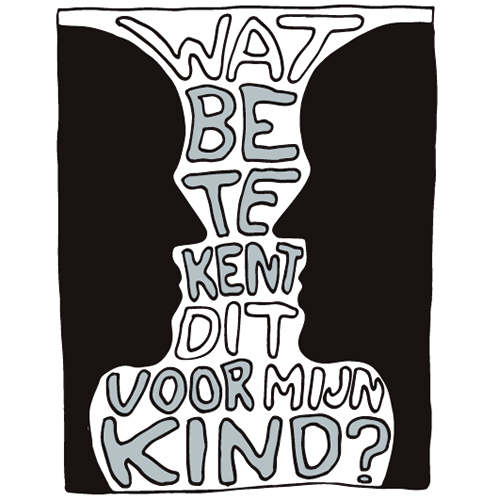 You transition on your own, but in a certain sense the people you’re closely involved with also transition. I’ve seen that myself.

I’m Max, 31, non-binary and transgender: I’ve been out for two years. My mother has to be the person who most intensely experienced my transition. She also gained her own personal growth through my transition.

I want to provide visibility for transgender youth and their parents. I decided to interview my own mum Ingrid and Christa, mother of trans man Tijn.

What was it like for you mum, when I came out?

Ingrid: it came from nowhere! I didn’t see it coming. I wasn’t under the impression that you were struggling with your gender identity. I had no concept of what ‘transgender’ was. You thought about it so much before you told us as a family. Only at that moment did we start understanding. So many questions arose. What does it mean for our child and where do I stand? Of course, you want your child to be happy. If it be as a man, a women or neither of these.

And what about you Christa?

Christa: I had a different experience. Tijn was very open about his feelings and told us a lot. His coming out four years ago didn’t come as a surprise. I was constantly absorbing what Tijn was telling us. Sometimes I didn’t grasp it completely, or I couldn’t imagine it straight away. It required a lot of time for things to fall into place.

The realisation of his struggle and how lonely that must’ve been for him; that troubled me the most. As a mum that gets to you. When I look at Tijn now I know that everything’s alright. I feel the same as Ingrid: they’re my child and what they look like isn’t important.

What were you worried about?

Christa: The world sees your child as ‘different’ and what does that mean for his happiness? As a mum that’s what you’re worried about of course. I’m a nurse and for me it’s a big deal to operate on a healthy body. I know there are consequences and risks to anaesthesia. What helped me was to see how hard it was for Tijn to wear a binder every day. His ribs were hurting and he had trouble breathing.

Ingrid: That’s very relatable! Max has a history of reacting poorly to medical procedures, so I had extra concerns about hormones and operations. What would happen if it didn’t work out? And concerns about his safety, because he could be seen as ‘outside the norm’. Those worries don’t go away.

How was it to change names and pronouns for you?

Ingrid: That went quite smoothly, although I read in an interview that you don’t love your kid if you don’t address them correctly. That thought made me feel very insecure and nervous. I make mistakes when I become nervous! Luckily, you were really relaxed and laid back when we discussed it.

Christa: Tijn asked what his name would have been if he would have been born a boy. Then he said ‘My name’s gonna be Tijn; that way you still named me’. I found that touchingly beautiful. We got used to the new name slowly. Tijn gave us the feeling that we were in transition together.

What did you know about the topic: ‘transgender’? And how did you get information?

Christa: I knew of the existence of transgender people, but I never really looked into it. I get most of my information from Tijn and I like it that way. I don’t research much myself. Which means that I mostly think about it and ask Tijn questions. I occasionally watched the television show ‘hij is een zij’, mostly to see how the topic was being addressed. It was very respectful in my opinion.

Ingrid: I googled a lot, read magazines, watched documentaries and YouTube. And ‘Hij is een zij’ of course. That often provided a good starting point for a conversation with you. I found it easier to ask questions.

I want to know everything about you. About being non-binary, for example and the way you can address non-binary people. Your pronouns are ones I would associate with the plural, God or the King (Editor: The Dutch language doesn’t recognise a singular version of they in the same way English does). It required me to think differently. Reading about it and talking to you helps. And when I notice something is a continuous hurdle, I keep asking myself: is this really important? The answer is most often no! I learned that from you, by the way.

How do you deal with questions from friends, family, colleagues and acquaintances?

Ingrid: It depends on who’s asking the question, and how it’s asked. If it’s done respectfully, I’ll answer any question and I’ll readily admit when I don’t know the answer. But it’s a dilemma; mostly when it comes to those who remember me as having two daughters. I’m experiencing more and more freedom to say: I have a daughter and a son. And that the son is trans, full stop. That’s all there is to it.

Christa: You have to learn to maintain boundaries, yes! Outsiders sometimes ask very intimate questions and you don’t want to be rude and say it’s none of their business. Or that you don’t ask those kind of questions about their child.

Do you want to share something with parents of children who are transitioning?

Ingrid: Read, go online, go to the library, so you know what’s it about. What it means for your child. You have to talk, because everyone is different, every transition is different. The most important thing is that you accept it. And that the world accepts it, starting with your own family.

Christa: As experienced parents, we can help. Talk to people around you, but indicate your boundaries. Keep talking to your child. Ask all your questions, but accept that you won’t always get an answer. And be aware of where your boundaries as a parent lie. That’s important, because that way you also support him, her or them. 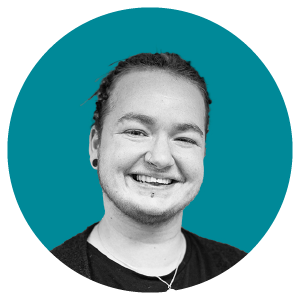