My eighteenth birthday turned into the start of a new life 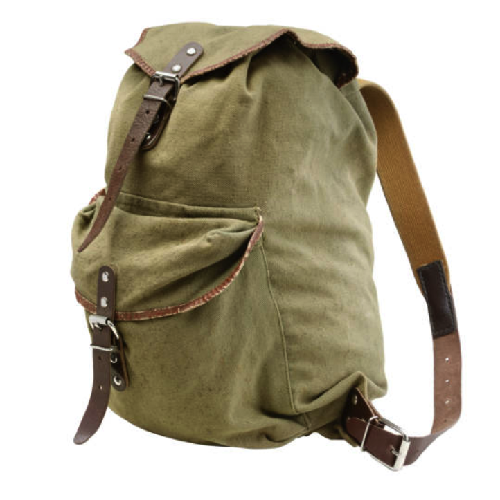 My eighteenth birthday turned into the start of a new life

‘On the morning of my birthday I put all of my clothes – which isn’t much – in a bag and took it to school. My books and some other items I had already put in my locker at school. I just went to my first hour of class as usual. It was a very packed school day. Afterwards I went to the barber with a couple of friends. I had my bun cut off. At the end of the day I went home with a friend and posted everything on social media and sent a letter – well, a very long text message – to my parents.’

Isaac tells me this without batting an eye. The last time I spoke with him he sat hunched over underneath his hoodie. Now his uncovered head, brown curls, shows the side-profile of a young Greek, the way I know them from classical sculptures. His eighteenth birthday has only just passed. These past days have been hectic. From one lodging address to another, the first havo exam week, and conversations with the school and social workers.

Isaac gives an account of his coming out as a trans man to his parents as well as publicly, on social media.  At school everyone  – his friends and all of the teachers – had already known for two years that he’s a boy. There they used his new name Isaac from the day he told his mentor that his assigned gender at birth was not the correct one.  On top of that, the school protected him, agreeing to only use his ‘dead name’ when speaking to his parents. On social media Isaac still had accounts where everyone knew him as a girl. At home his transgender identity was not discussable at all.

For a long time, he had been looking forward to the day he would be of age and would no longer need permission from his parents for all sorts of affairs. He barely endured his family situation and was determined to choose his own path as soon as he could.

‘I was shaking vividly when I pressed send, but I can’t quite tell how I felt about it. My mentor had advised me to log off after sending it and not log in again for the rest of the week. That’s what I did. That way I was able to do all of my exams except one. I did fail two, but I can still retake them.’

What did you write to your parents?

‘In the letter I explained everything very clearly. About how I feel, that I am transgender, that I don’t believe in God. Whenever I gave my opinion on something my parents would often tell me “you’re being influenced by your friends”, so I’ve tried to write down very clearly who I am, how I think, how I feel, how I’m built. So they can’t start reasoning that my behaviour stems from a need to fit in or something like that. I didn’t see it as a farewell letter. But more like “This is how it is, I just don’t want to be in touch anymore”.’

Earlier Isaac had told me how he discovered that he’s transgender: ‘When I was eleven it became clear to me. I can still remember that I was sitting on my bed and read a news item that was about being LGBT+. Being transgender was described in it. That’s when I suddenly realised. So I wasn’t doing research or anything like that, I spontaneously read this and it just completely made sense in my head.’ At home he couldn’t discuss this realisation. Four years prior his mother had suddenly passed away because of undetected hereditary heart problems. Since then he lived with his father and younger brother, and a few years later with his stepmother and half-brother as well.

About the dismissive stance of his father and stepmother Isaac says: ‘My entire family is religious. I was also raised religious, but I never believed in God. In my head it doesn’t make sense, I don’t get the point of heaven and hell. I believe in science. My family members use their religion as a reason to be extremely homophobic and transphobic. They have told me on occasion that ‘transgenders’ deserve the death penalty. One time, when I was thirteen, my parents confiscated and checked my phone, and read messages on it about my feelings and a message I had sent to a friend which said that I’m a trans man. After reading this, they smashed my phone and screamed at me the entire evening.’ A bit later Isaac clearly and modestly reflects: ‘I have never struggled with my identity, but I did with the lack of love.’

When I talked to him during the time leading up to his eighteenth birthday, he shared with me that he couldn’t handle his situation anymore mentally. He felt unsafe at home and very lonely, ‘because I know that I will lose my entire family if I come out.’ To the question of how his double life was affecting him, Isaac answered uncomplicatedly: ‘I have ADHD and autism, because of that my head is occupied with all sorts of things, so I kind of forget that my parents see me as a different person, which is pretty chill. I always wear sweaters and sweatpants and have my hair tied in a bun. So I don’t change clothes when I go to school, or go back home. My days always look more or less the same: I wake up, I eat breakfast while listening to music, usually I head out around 08.00 (even though I start later). I try to be at home as little as possible. I’m usually done with school at 16:35 but if I’m done earlier, I chill with friends or go to the public library to do homework. Afterwards, I go home to eat, and after that I’m in my room watching YouTube or Netflix until bedtime.’

To my question of how he coped with the loneliness, a less light answer came: ‘Studying, that is one of my coping mechanisms. I’ve gotten pretty high grades because I used studying for exams as a distraction. But unfortunately I also use drugs almost daily to feel loved, and have had an addiction for four years now. Especially opiates as well as alcohol. Oxycodone and morphine and those sorts of things, in pill form. My father and aunt both get prescribed opiates for back problems, but they don’t find it particularly pleasant to take them. That’s how I get them. Otherwise it’s not that difficult to get drugs either, the only thing is that they’re really extremely expensive (one strip costs forty euros). I crash right after school. Doing homework is still doable, I’m just less sharp. Four of my friends know about my addiction and they’re also trying to get me clean. None of them use.’

Now that Isaac’s living arrangement has drastically changed, a point seems to have been reached  that quitting drugs is becoming an option: ‘I have talked about it with my mentor and the care coordinator at school. My mentor motivates me to go to a clinic. My friends have taken my ID and substances from me. So now I can’t reach them and have been clean for a few days. Since my birthday though, the urge to take pills has been strong. I have consumed more alcohol, which is easier to access. It’s not clever, also with exams and stuff, but I do think I function better because of it.’

Have you heard anything from your parents since you’ve left home? Do you feel safe?

The week of my birthday my sim card suddenly got blocked, and I couldn’t unblock it myself. I got logged out of my WhatsApp, because someone else wanted to log in: my dad. In preparation for my departure I had obtained access to his iCloud. There I saw screenshots appear of my emails. He was stalking me, was also able to log into my OV-chipcard, and so could see where I was going. But he didn’t do anything with it. I’m not really afraid of that, I just don’t want any trouble. If he walked into the school, he would be sent out and if he doesn’t cooperate the police would get called. But my father wouldn’t want to kidnap me or anything. He’s got a big ego, wants to be seen as the perfect brother, son, cousin, by his family. I think that if he were to do something to me, he would receive a lot of hate from within the family. I think he finds his image more important, than that he genuinely cares about me.’

Do you feel like there is a safety net for you?

‘My school is my safe space. Every week I have a conversation with the care coordinator there. Through the care coordinator I’ve had my first meeting with a child-parent advisor who will put me in touch with the neighbourhood team. They manage a waiting list for housing for youth who are in situations like the one I am in, in the sense of not being able to live at home anymore because of troubles there. I can’t at all estimate how long it will take before I find my own spot. Fortunately, I can stay a while longer with the friend who I’m staying with right now and I have another backup after that as well.

Viewing from a broader perspective I think shelter is lacking for lgbti+ people in similar situations as mine. In any case, we have a big housing problem in the Netherlands, because of which pupils and students have a hard time finding a residence. After 5 havo I still want to do two years of vwo and then I probably want to do a double bachelor in maths and physics. My housing problem has to be solved one way or another. Besides that, transgender healthcare has to be improved. Those waiting lists are genuinely too long, and that can have consequences for mental health.’

Would you want to undergo a medical transition?

‘Yes I would love to, so I’m going to register at the gender clinic here in Amsterdam, even though I maybe want to do the medical process in Belgium or Germany because of the long waiting times in the Netherlands. I have also heard from people that I talked to online about psychologists who decide if you’re trans enough. And stories from people who have been in a bad living situation and because of that might have developed mental illness. They would get permission for hormone therapy less quickly, purely because the psychologists think they have lost their mind a little bit. I think chances are quite high that that’s going to happen to me too, and that would be awful.’

What makes you want to share your story here?

‘I want to share my story to be able to give recognition to youths in a similar situation. When it comes to the situation of your family not accepting you as you are, I would like to say that you shouldn’t listen to your family. I do know that quite a few people who are queer do listen to their family, because they don’t want to be alone. That’s actually because of manipulation by the family, I think that happens frequently. But anyway, I am bad at advising others.

I’m trying to think about the things in a simple manner, not too complicatedly. I think that that has helped me the most these past years.’

(Isaac is a fictitious name) 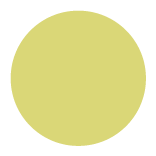