How to find your own, new name 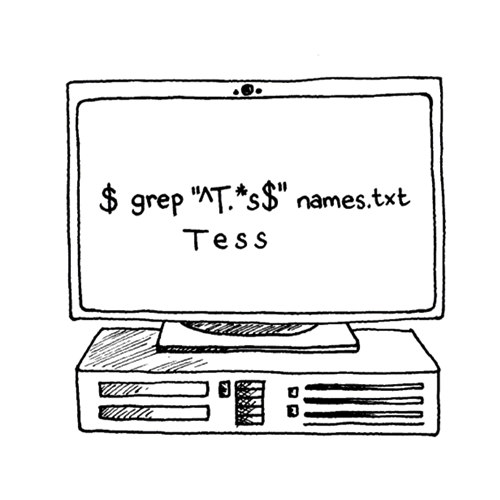 How to find your own, new name

By Jan Broekhuizen (text and illustrations)

What’s in a name? A lot, especially to trans people. The letting go of the old, ‘dead’ name is to them an important step in self-development. A long process of thinking preceded the choosing of my own, new name. I didn’t want to remove myself entirely from my birth name, especially because I was named after several family members. I really like that about it. That is why I looked for a variation to my birth name. During that search I found several names: mostly names that either did not fit me, or were way too gender specific, and I didn’t see myself go through life as a Johan or Hanne. That’s why I ended up picking an abbreviation of my old name: I introduce myself now as Jan. This made it easy for me and my environment because a lot of my friends already called me that. But this is just my story. How do other trans people choose their new name? How did they find it? Evan, Tess, Eus and Mik will share with you how they did this.

My mother wanted to call me Eva or Laura. I didn’t like Laurens, but I’ve always liked the English name Evan. When I wanted to lose my old name, I decided to use this one, but pronounced in the Dutch way. Johannes is the first name of my stepdad. I took his name out of respect for him, as he’s more of a father to me than my biological father. Arnoldus is my grandpa’s name. He’s not alive anymore unfortunately, but I thought it was a fitting name. When I was born, my mum had always wanted to use the name Annelies: the name of her mother. But my biological dad didn’t want that. Out of respect for my mother and my grandpa I chose the name of my mother’s dad: Arnoldus.

I can’t remember where I saw Evan for the first time. I used the name for the first time when I was about fourteen or fifteen, for a character in role playing games and fan fictions. When I started coming out of the closet, I asked my best friends if they could call me Evan. That way I could see how that felt. When I was sure enough that it fit, I publicly changed my name.

Before I started hormone therapy, someone once told me that he didn’t know that Evan was a girl’s name … People ask me sometimes how I got to the name, and then I explain it to them. When friends ask about my dead name, I tell them that first of all that isn’t a polite thing to ask someone. If I trust them enough and tell them my dead, old name after all, they all unanimously agree that the name doesn’t fit me at all. I’ve personally always hated that name as well, not even just because of the gender dysphoria.

Did you know that … the study of the meaning, origin and spreading of names is called onomastology? This derives from the Greek ónoma, which means: name!

I really wanted a first name that was close to the name my parents gave me. I was called Thomas for thirty-nine years, so I’ve become attached to it. This meant it had to be a short name, beginning with a T, and ending on an S.

I’m a practical IT-er. Believe it or not, but a little bit of programming helped me. Not a very romantic story, huh? With a simple search query and a text file with girl names the answer was found quickly: $ grep “^T.*s$” names.txt. TESS! Monosyllabic and delightfully catchy. Yes, that suited me! For me it conjured images of a girl who isn’t afraid to be loud or have strong opinions. Bonus point: the main character of the movie Working Girls is also called Tess.

Pfff, yeah! I’m lucky enough that through my work I get to drive a Tesla. Because I drove the car before my name change, at least twice a day I got the question whether I named myself after my car.

Did you know that … in Portugal, Germany, Denmark and Iceland gender neutral names aren’t allowed?

Eus seemed nicely gender neutral. I wanted to keep Nehalennia like that, because it is a beautiful name and because I wanted to keep something feminine. It’s the name of a Zeelandic-Roman-Celtic goddess because I was born in Zeeland. And Jean is the masculine part. It comes from my grandma Johanna, who’s passed away now. So, that makes a gender neutral, a feminine, and a masculine name.

The name found me! Almost all of my friends have been calling me Eus for more than twenty-five years because they found Eugenie too long or didn’t think it fit me. I didn’t want to be called Eugène, as that is my dad’s name already.

When I’m abroad people usually can’t remember or pronounce Eus. In those cases I just tell them that they should think of a good name themselves, which they think fits me.

Did you know that … in some parts of Europe the celebration of your name day is more important than your birthday? There is an entire calendar for it. Someone who is for example called Dominica or Norbet, gets to throw a party on the 6th of April.

Mik is just the right name. I considered the name Mees, but that one is a bit too soft for me, so it became Mik. The name is completely separate from my dead name. Unfortunately my new name isn’t official yet. Before I can legally change my name and gender I somehow have to get my birth certificate from South-Africa – where I was born. This process has been going on for months by now, with as a result that I’m still regularly addressed with my dead name. One of the only moments for me that I still experience dysphoria.

Where did you find the name?

My wife and I thought of Mik as a name for the baby we might have. When I started to think about my own name, I realised that no name fit me as well as this one! I talked about it with my wife and luckily she immediately reacted enthusiastically.

I thought it was weird that in the beginning people would sometimes call me Kim, instead of Mik. Besides that I really enjoy hearing that people think Mik suits me! 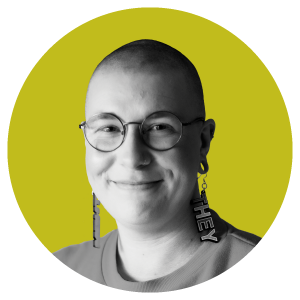