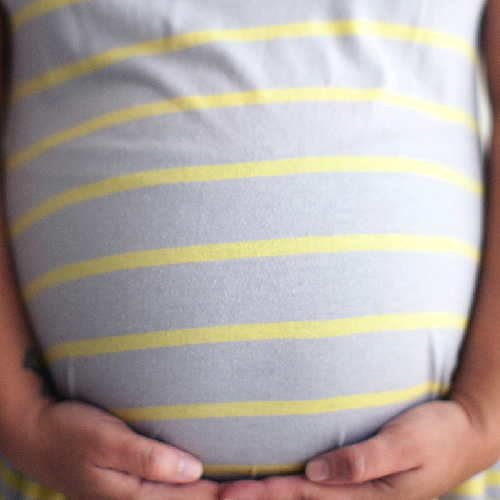 What choices do you have as a trans masculine person when it comes to fertility? Dr. Norah Van Mello is a gynaecologist and since 2016 she has been employed at the outpatient clinic for gender dysphoria at Amsterdam UMC. Here she holds a fertility consultation hour for transgender persons on a weekly basis. It is primarily used by AFAB people who want to know more about fertility, as there is a special consultation hour for AMAB persons with questions about freezing sperm. The trans masculine persons that consult Dr. Van Mello are usually young, with an average age of seventeen/eighteen. She feels it is very important to educate them well about the consequences of transitioning with regards to their fertility, and the possibilities of remaining fertile.

Until 2014 it was a legal impossibility to change your lawful gender if you could still reproduce. For most trans men, this was the main reason to have their uterus and ovaries removed. On July 1st 2014 this law, which was contrary to the Universal Declaration of Human Rights, was adjusted and now in most cases a declaration of expertise is enough to replace the ‘F’ in your passport with an ‘M’. Thus it is now possible to change your administrative gender while keeping your uterus and ovaries, and therefore be able to get pregnant as man.

Removing or preserving the uterus and ovaries

Besides more social familiarity with the concept of ‘transgender’ and modifications to Dutch legislation, the insights of physicians with regards to fertility and trans men have altered as well. For a long time this was an area of concern, and the ovaries were removed because of uncertainty about the consequences of testosterone use on the tissue. But Dr. Van Mello and her colleagues have come to the conclusion that there is no strict medical need to remove the uterus and ovaries of trans masculine people at a young age. Ovaries that are surgically removed after four to six years of testosterone use look the same to the eye as ovaries that aren’t exposed to testosterone. There is still no known hypothesis as to why the use of testosterone would be harmful to egg cells at the cellular level. However, there has not yet been any comprehensive research on the long-term effects of testosterone use.

The current view is that testosterone shuts down the ovaries, and as soon as treatment with male hormones is stopped they regain activity. Preserving the uterus and ovaries means that there is the possibility of pregnancy. Limited research, conducted by forty trans men in the United States, has shown that three to six months after quitting hormones AFAB persons start menstruating again and, on average, become pregnant after about nine months. The psychological side appears to be more difficult. An increase in both gender dysphoria and depression was common in this group of trans men. Additionally, postpartum depression (also known as postnatal depression) was more common than it is among cis women.

Guiding trans men on their fertility choices requires a variety of specialists, including the gynaecologist and psychologist.

Van Mello indicates that for precisely this reason it is important to carefully inform and guide AFAB persons on their fertility choices. This requires good cooperation from the patient, and a variety of specialists, including the gynaecologist and psychologist. The fertility consultation hour is an important opportunity to take time to focus expressly on these subjects. During diagnostics, things like fertility and the preservation of it are also extensively discussed with the psychologist.

Since both the law and insights have changed, space has been created for individual choice. More considerations than just child-wish come into play here. For example, trans men who come from a country where it is very hard to get testosterone sometimes decide to preserve their ovaries in order to be able to fall back on their own sex hormones in case of emergency. The human body needs sex hormones to prevent bone loss, among other things. If the ovaries have been removed, the body produces hardly any sex hormones and is dependent on external administration. For trans masculine people who suffer from these side effects, this could be a reason to preserve the ovaries. Sometimes they choose to preserve the ovaries but remove the uterus, so that they no longer have their periods.

For some trans men it is very simple: they don’t want anything female in their bodies any more. They never want to have a period again and they have no desire to ever become pregnant and/or to have their own genetic child. They choose to remove both the uterus and ovaries. Should these AFAB persons want children, they can consider other routes, like cis men and women who are infertile. Together with a female partner, they might be chosen, for example, for fertility treatment with donor sperm, but adoption can also be considered.

In addition there is a group of trans masculine people who would genetically like to have children of their own, have a pregnancy wish, or do not want to make a final decision yet. There are several options for them, all of which have specific drawbacks. The option with the least, or no, medical intervention is to leave the uterus and ovaries in place, and get pregnant in due course by natural or artificial insemination.

Another option for genetically own children is to freeze eggs and use them for IVF. The fertilized egg can be placed in someone else, at a later time. Heterosexual couples usually wish to have the pregnancy carried by the female partner. The medical-ethical side of this surrogacy within your relationship is very complex and needs in depth discussion. Egg freezing is often done before starting testosterone. However, it can be done after, in which case testosterone use must be temporarily stopped, as we know that testosterone is harmful to an early pregnancy and that eggs cannot mature under its influence. For the freezing process, hormone stimulation is used to mature several eggs at the same time. They are then removed from the body through an egg puncture. Many young AFAB persons who are interested in the freezing process drop out when they are told that they have to use female hormones, get vaginal ultrasounds to follow the growth of the follicles, and undergo the egg puncture, whereby the ripe eggs are harvested with a needle, which happens vaginally.

The third option for maintaining the possibility of genetically own children upon removal of uterus and ovaries is to freeze the part of the ovaries where most of the eggs are. This technique is used by cis-women who have cancer. Chemotherapy or radiation can cause eggs to be lost, so these women freeze ovary tissue beforehand. When they are ready to have children, they can have the tissue in their preserved ovary replaced. Currently there is no way to mature eggs from the ovarian tissue in the laboratory. Donation of the frozen tissue to the female partner of a trans man or to a surrogate mother is technically not possible, and according to Dr. Van Mello it could be another ten to fifteen years before this changes. This method is not one she recommends for trans men aged thirty and over. Some young trans men still choose it because it is, thanks to the nature of their dysphoria, the only possible chance for them to have a genetically own child. This technique is experimental, and still without guarantees.

Do not make a final choice

According to Van Mello, the perfect scenario is different for every person. It very much relates to the desire for an own genetic child, and each individual’s ability to undergo a certain treatment (or a pregnancy). The most important thing is not to make any final choices if you don’t have a clear picture yet, and to gather the right information associated with these choices. Van Mello says: ‘If you remove the uterus and ovaries in one go at a young age, it ends there. I would rather do a few extra interventions than have someone regret the premature end of his wish for children.’

There are many options for AFAB persons with regard to (the preservation of) their fertility organs, whether or not this is linked to a pregnancy or genetic desire for children, and all of the options have their consequences. The subject is important but also complex, and Dr.Van Mello knows that there is a chance that people may be overloaded with information and no longer able to see the forest for the trees. So she has developed a choice-app, with help from trans men and healthcare professionals. The app gives trans masculine people the opportunity to work through their choices in a calm and structured way, share their concerns with others and go through the selection process several times. Check out the app.

In addition read the conversation with Jeff, Ryan, Michael, three trans men with a child wish, and Jesse, who gave birth before transitioning: Trans men and pregnancy. 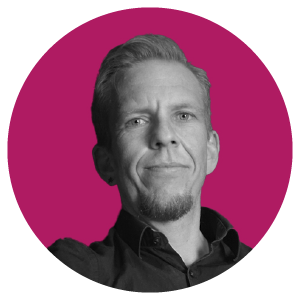