Being trans is (not) a phase 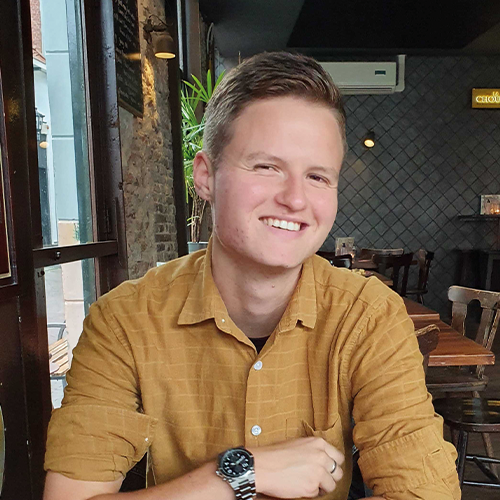 Being trans is (not) a phase

Thomas van der Meer, author of the book Welcome to the Club, an autobiographical novel about transgender themes, once said in an interview that he wished to leave behind is finished transition completely. ‘When people ask me if I’m transgender, I’ll say “yes” sometimes. But to me it’s already resolved. Am I still transgender then?’, so said Van der Meer in an interview to Vrij Nederland. His statements made me think about my own transition: will I ever be able to leave behind my transness completely? And do I even want this? How transparent am I and will I stay about my transness?

A transition can be a multi-year step-by-step plan. I myself know all about this. When I was referred in 2017 by my GP to the VUmc gender clinic, I had no idea what I was in for. The only thing that was clear to me, was the continuous insecurity about the gender I was assigned at birth. Three years later I realised that that was only the beginning: the beginning of waiting lists, hoping to get a phone call from the VUmc with the news that I got the go-ahead, both for the hormone treatment and later the mastectomy. But most of all hoping for complete recognition from the outside world.

Recognition, by the way, should not be confused with acceptance, because I am lucky enough to only have people around me who have accepted me from the start and have supported me during my transition. With recognition therefore I mean being able to completely go through life passing as a man, or at least a boy.

I have been working at the Gamma since the summer of 2014. After my coming-out, this has been the perfect place to test whether I am passable enough as a man. This is namely one of the only places where my colleagues and I are regularly addressed with ‘sir’ or ‘ma’am’. In the (almost) 7 years that I’ve been working there I’ve experienced the shift from ‘ma’am’ to ‘sir’. This was incidentally also the first place that I was addressed as ‘sir’ or ‘young man’, even well before the start of my transition. This form of address was confronting for me at the time. I knew that I probably should be insulted whenever someone took me for a boy, but nothing could be more wrong: I felt euphoric. This euphoric feeling made me think of course: why did I feel like this? Shouldn’t I be disappointed that I looked too much like a boy? I was even a little ashamed for the fact that I had taken it as a compliment.

For a long time I pushed this feeling aside. Because of a lack of confidence, but also because I was discouraged by the many steps and challenges that lay ahead of me. I realised how much was part of a transition: all those conversations I’d have to have with a psychologist before I would be allowed to start hormone therapy, the physical and mental changes that would go along with the hormone therapy, the risky operations, etc. Besides that I would pick out a new name and announce the news via a coming-out. This was for me for a long time too big of a step.

At some point the day came that I could no longer shove aside my feelings. In the most noncommittal way I started browsing sites for a fitting boy’s name. It was noncommittal because I wasn’t sure yet to what extent I actually wanted to transition to a boy. My old name started with a T and I knew I wanted to keep that initial. Mostly because that way I could eliminate a lot of names already, making the choice a lot less complicated. The moment I saw the name Thomas I felt a connection to it. It didn’t matter to me that the name wasn’t very original. If I had been born as a boy, my name would have been Leon. But because I didn’t like this name enough to have as a first name, I decided to sort of honour my parents by choosing it as a second name. From that moment on I was sure that I definitely didn’t want to go through life as a girl anymore. And so I finally decided to go to the GP for a referral to the VUmc gender clinic.

When I talk about my name change, the date 3rd of June 2019 should not go unmentioned. That day I went to the town hall in my birthplace to officially change my first name and sex on my birthcertificate. The municipal official made an annotation on my birth certificate about the new information and after that the changes were officially implemented in the civil registry of the municipality I live in. This may sound like a simple procedure, but it was preceded by a whole process.

First of all I spend half a year talking to a psychologist at the VUmc every month. Only after this diagnostic phase was I allowed to submit the ‘Request affidavit sex change’. I printed the form you can find at the website of the VUmc, filled it in and sent it to the gender clinic. After a few weeks my request was approved, to my delight, and I received the affidavit. In it my psychologist stated that I was convinced I ‘belonged to the other gender’. I gave this statement that 3rd of June to the municipality official.

It took another two weeks before my name and sex change were processed in the civil registry and I was able to request a new passport and ID. In the meantime not a day passed that I didn’t log in on the site of the government to see if my name and sex had been officially changed yet. One day it happened: besides the header Sex it now said Man and my brand new name was finally truly my name. No one would be able to take that away from me.

After my referral to the VUmc I had more than enough time to further explore my identity, due to the long waiting list. I became increasingly sure that I wanted to start the medical transition to boy, the sooner the better. One and a half years after my referral I had my first appointment at the gender clinic and after half a year of conversations with my psychologist I was allowed to start testosterone gel. By now it’s three years later, I’ve been on hormones for more than a year (in the meantime I started using injections) and I had my mastectomy. Those have been my biggest goals when it comes to the medical side of it. Besides this I am never addressed as ‘ma’am’ at work anymore, only exclusively as ‘sir’ or ‘young man’.

Now that I have created some breathing space for myself and don’t have to constantly think about the next step in my transition, I have more time and space to think about that all-encompassing question: do I eventually want to leave my transition completely behind? Before I started my medical transition, I thought the answer to that question would be an undeniable ‘yes’. I thought: ‘If I someday fully look like a man and most people don’t know better, I don’t need to be a trans man anymore; I can just be a man.’ I’m not so sure about that anymore. Of course I’m a man, but I continue to identify myself as a trans man. First of all there’s my family who, although they completely accept me, will still know that I was assigned a different sex at birth. But the foremost reason why I keep identifying myself as a trans man is because the various transition related experiences have made me who I am today. This transition taught me for example that I need to be patient when I really want something. The long waiting lists gave me that insight. Besides that, it affects me less and less whenever someone still accidentally refers to me with ‘she’ or ‘her’. That’s why I think that without my transness I wouldn’t be the person I am now. As a result it’s getting easier for me to be proud of who I am, and my transness is definitely part of that.

The period I want to be reminded of least, is the period before my transition. The period in which my insecurity dominated and I couldn’t understand what was ‘wrong’. I would love to leave this phase behind. I also sometimes would like to see my transition as completed and that it’s no longer addressed so that I can ‘just’ be one of the boys and not treated as ‘different’.

Nevertheless, I have also experienced how nice it can be when people who you spend a lot of time with know about your transition. Just after my registration at VUmc, I moved for my new study to Maastricht, where no one knew anything about me being trans. Later it turned out that my new classmates had seen my old name on the list and because of that had known about my transition the whole time. Afterwards I felt relieved, as if it was something people would discover sooner or later. An important realisation I had is that I feel less of a need to leave my transition behind me completely, because I accept myself more.

The place I still struggle the most with how open I want to be about my transition is at work. I frequently have to deal with new colleagues and I noticed that I prefer it if they don’t know about it. With the people who already knew me before my transition I do sometimes talk about my transition and my wishes for further surgeries. At the moment this works for me; part of my colleagues know it and another part don’t. This makes it that I don’t feel like I’m ‘hiding’ something, but at the same time that I feel that it’s not immediately obvious to others that I’m trans.

When I meet a new colleague, I want them to get to know me as the person I am now first, before they learn about my transness. This is partly because a lot of my colleagues leave within a few months, so in that case I don’t feel like they have to know about that part of my identity. If they do somehow find out, for example because another colleague slipped up, I usually tell them that before this I ‘went through life as a girl’ or that I ‘wasn’t born as a boy’. For me that’s the easiest way to let someone know I’m transgender.

I’m really curious about your experiences with this subject. Which words do you pick to explain to others what your gender identity is? Do you tell them in a direct manner, or the opposite and are you indirect? In the case of the latter, does the other immediately understand what you mean, or do you have to tell them more than you would like to? 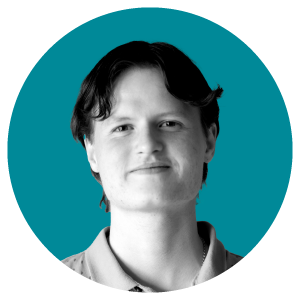 (he/him)
Thomas is student at the Maastricht School of Translation and Interpreting and within the TRANS magazine team one of the writers and translators. Through this work Thomas wants to contribute to less ignorance about trans people, besides gaining more experience as a writer and translator. He is very passionate about spelling and grammar (especially improving others), soccer and running.