For as long as I can remember, I have had a fascination with other cultures. When I discovered that I was transgender, I started to wonder what transgenderness looked like in other cultures or societies where no medical intervention is possible. Before I knew it I found myself, from behind my desk, between the third gender phenomena like the two-spirit (North America), the fa’afafine (Polynesia) and the muxes (Southern Mexico) and I came face to face with the female husbands (sub-Saharan Africa) and the sworn virgins (northern Albania). In them I recognised a part of myself.

How can a continent like Africa, where homophobia is the rule rather than the exception, accept the woman-woman marriage of the female husband and how can a backward area like North Albania accept that the sworn virgin moves from the ‘woman’ box to the ‘man’ box? What is the story of these people? Do the roles that change have something to do with transgender identity?

Despite the colonisation of Africa by Western European countries, there’s a striking tradition that has been preserved: the marriage between a woman and a female husband.  The concept of the female husband only occurs in a society in which women do not have inheritance rights; as is the case in sub-Saharan Africa. Every family must have a son to secure the family property. What to do in the case of childlessness or loss of the son? A son-in-law does not solve the problem. He has to manage his own family name and property; and pass that on to the next generation.

A son must therefore be born. The following construction has been devised: a sonless woman; or one of the daughters; marries a young woman who can give birth to a boy. From that moment on, the first woman takes on the role of female husband. She acquires paternity rights over the future children by paying a dowry in cattle. Usually a relative of the female husband is appointed to conceive male offspring for the young wife; this on the condition that the sperm donor does not acquire any rights or control over the inheritance.

The female husband concept also appears to have other applications. For the rich, it is possible for women to practice polygamous marriage. By marrying multiple women the female husband can increase her status and wealth; following the example of the male tribesmen. There are also communities where a woman is entitled to a daughter-in-law, who actually works as a farmer or house slave. Even if she does not have a son to marry that daughter-in-law. She can then marry a younger woman herself in the name of her non-existing son. She becomes female husband. Why should a young woman marry an elderly female husband? According to anthropologist Regina Oboler, there are different economic reasons and social motives; including fear or aversion to men.

According to anthropologist Evans-Pritchard the female husband becomes (to a certain extent) seen and treated as a man. The children gain her surname and call her ‘father’. Her wife and children treat her respectfully, just like would happen to a male householder.

Anthropologist Oboler notes that at the Nandi of Kenya, when a woman marries a woman, she ‘becomes’ a man and also behaves as man in all social contexts. The female husband has the right to attend male initiation sites and meetings. Several female husbands dress as men and don’t perform female tasks.

According to anthropologist Amadiume, the idea that the female husband is lesbian is incorrect and expects the female husband to be abstinent. In any case, it is quite conceivable that there are lesbian feelings within this type of marriage and that there could be sexual activity. There is, however, a taboo on this subject. I couldn’t find any direct sources. Are there female husbands who have chosen this role because of their transgender identity? Anthropologist McCall interviewed several and heard stories that are recognisable to transgender people. Like that of Nne Uko, an Igbo dikenwami (‘courageous woman’). She says: “I was interested in male duties. I felt that I was destined to be a man, so I followed my true nature-to behave like a man.”

In march 2020 – long after the publication of this article in TRANS printmagazine – Jen Manions ‘groundbreaking and influential book ‘Female Husbands – A Trans History’ was published.

What about the women who go through life as a man in the strong patriarchal society of Northern Albania? Women have little to choose in this country of age-old clans, blood feuds and honour killings. The sworn virgin takes the oath against twelve thresholds, to remain a virgin forever. She can go through her life as a man in exchange for her chastity. The tradition of the sworn virgins stems from the Kanun: a code of law that has determined the rights system of Albania since the fifteenth century until now; not including the period in which Albania was under communist regime.

Research on sworn virgins indicates different motives that justify it’s existence. It usually involves social pressure and isn’t always indicative of the wish of the person named sworn virgin herself. For example: a daughter is designated to take on the role as head of the family, because the sons have been killed in blood feuds or because there has never been a son. The sworn virgin obtains inheritance rights and can live in the parental home for the rest of her life. The status of sworn virgin can also be a way to avoid forced marriages with much older men, without violating family honour. A third reason is purely religious motivation to become sworn virgin. This occurs among the strictly Catholic population, but is rare. They look similar to nuns, but in black male clothes. Lastly, it can happen that a young woman herself chooses a celibate life, in order to follow ‘male’ interests.

After taking her oath, the sworn virgin is seen and treated as a man. She dresses as a man according to Albanian culture , speaks like a man, acts like a man (smokes and carries a gun) and participates in all social activities reserved for men. Only in situations of important social competition is it revealed that the sworn virgin is actually a female. Sworn virgin Stana was an excellent shooter but wasn’t  admitted to the shooting club, despite her male status, because she was a biologically a woman.

Many sworn virgins have been asked by western journalists if they are ‘actually’ lesbians. Since homosexuality is severely condemned by the Kanun and also in the more modern part of Albania, it’s difficult to judge whether the negative and evasive answers about a lesbian preference of sworn virgins are sincere.

Even though they are sworn to chastity, sworn virgins (just like with the female husbands) have more space to express lesbian feelings than if they remained  ‘ordinary women.’

The question remains: are there sworn virgins with a transgender narrative? Can you derive written or spoken words from sworn virgins that their gender perception overlaps with that of transgender people? Many sworn virgins have been interviewed over the years. A few have admitted that they felt more male than female. Sworn virgin Durgjane: “My choice to take the oath was not decided by my parents, but because I wanted to. I started to dress and behave like a boy. As far as I can remember, I have always felt more masculine than feminine.”

For women who feel more male than female, the social constructs seem to offer female husbands and sworn virgins opportunities to shape this identity. But now that I’ve delved more deeply into it; I find that both phenomena are clearly the by-product of a strict patriarchal society in which true freedom for transgender people does not exist. 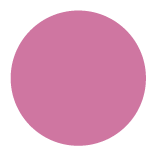