The Netherlands counts an estimated 25.000 to 30.000 active prostitutes. Of these, some 1100 are at work on De Wallen: the red light district of Amsterdam. Most prostitutes in the Netherlands are cis women (90%), the remaining 10% are divided among cis men and – mainly – transgender women. Aleisha is one of the latter.

When Aleisha turned 23, she started working in prostitution in Rio de Janeiro. Many of her friends were doing the same. She had started transitioning a year before. Her father had just passed away and her mother moved to another city. She needed money for her gender confirmation surgery and could not find another job. “Of course not”, she says. “I would have never been accepted if I had applied for jobs during my transition.” Her mother and sister didn’t have a problem with her choice to work in the sex industry. “It was more shocking to my mom when I told her I was getting sex reassignment surgery.” The contact with her mother has improved. Aleshia: “I’m a good person. I don’t do anything wrong.”

After her transition Aleisha left for Europe. In Amsterdam she quickly and easily found work on De Wallen, the red light district. “If I had had the opportunity to find another job before, I would have definitely quit sex work. But not anymore. I’m used to it now. And when I get off work, I enjoy being on the couch with my dear little dogs.” Even though Aleisha seems positive and carefree, she is concerned with the fate of trans women that are being murdered in Brazil and other parts of the world. She is not afraid of her work herself.

“When you’ve been doing this for a while, you learn how people react in certain situations and how to deal with that. There are security guards and you can call the police, if you do end up in a difficult situation. If you choose your client well, you’ll stay safe.” Aleisha never tells her clients that she’s transgender, because it can be dangerous. “You don’t know what kind of reaction you can expect: it could get violent. I’ve seldom been mistreated. For trans women in sex work, De Wallen of Amsterdam is much safer than other workplaces in the world.”

Aleisha regularly undergoes health checkups at several specialized organisations in Amsterdam. If you don’t work in prostitution legally, are not registered at a municipality and have no access to health insurance, your health is at high risk.

In the Netherlands, the performance of sex work is a legal and regulated source of income. In her dissertation Travelling sex workers: Latin-American women in European prostitution, UvA researcher Marie-Louise Janssen writes about the legalization of prostitution – aiming to prevent human trafficking – and how it drives sex workers from outside the EU into illegality. In contrast to those of other professions, it is not possible for immigrants from outside the EU to get a working permit for sex work.

Janssen: “Since the 90s the amount of transgender sex workers in Netherlands is increasing. The exact number of transgenders in Dutch prostitution is unknown. In 1999 this group was estimated to consist of around a thousand people. Of these thousand people several hundred are from Thailand and the remainder originates from Latin-America: mainly from Ecuador and to a lesser extent from Colombia and Brazil.

Besides male cross dressers, who exclusively dress as women when they’re at work, the majority of this group consists of transgender women who have adjusted their gender to the female sex through hormonal treatment, silicon implants and gender confirmation surgery. Many transgenders have experienced violence and homophobia in their countries of origin.

This is also the case for the transgender people from my research group. Many of these women were seen as gay men because they were living in a male body and because their sexual orientation was focused on men. They dealt with discrimination and rejection from their families due to their alleged homosexuality. The climate of relative tolerance in the Netherlands with regards to sexual orientation and transgenderness encouraged them to migrate in the hopes of building an independent life and further developing their sexual and gender identity. The money they make in the European sex industry as well as the sex work itself offered them the opportunity to experiment with their female identity and the process of transformation.

Besides sending part of the money to family members who stayed behind, they spend their income on the funding of their hormonal and/or gender confirmation treatments. These women can’t claim health insurance due to their illegal residence status and thus have to pay for hormones and surgery themselves.

In my research group, more than a third had worked in prostitution before migrating to Europe, in their own country or another within Latin-America such as Curaçao, Aruba, Venezuela or Panama. These ‘experienced’ sex workers mostly came from Colombia and the Dominican Republic. Others chose this work in Europe, largely out of necessity to make money.”

Editor’s note: Although dr. Marie-Louise Janssen’s research dates back to 2007, the redaction of TRANS is of the opinion that it offers relevant background to the interview with Aleisha. We are continuing to work on the theme of ‘Transgender refugees and migrants working as sex workers in the Netherlands’. 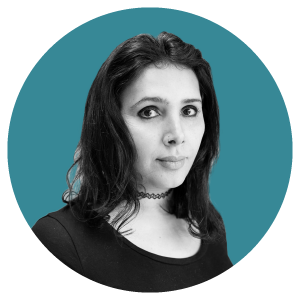