**Trigger Warning for death, grief, and violence against trans people.**

Le Favolose, known in English as The Fabulous Ones, takes place over the course of a single night in which a group of trans women come together to honor their deceased friend. Almost 30 years after their friend Antonia is killed outside of a rock concert, one of the women in the group finds a letter that was meant to be opened after Antonia’s death. This prompts the remaining five women from this group to gather to read the letter. They then conduct a seance to contact Antonia, and honor her properly after her family had her buried as a man. This night isn’t just an opportunity for them to honor the life of their friend, but for the women to reconnect with each other and tell the stories of their youth as trans women working as self-identified prostitutes in late 1980’s Italy.

The Fabulous Ones opens with a shot of the group, dressed in bathing suits and swim bonnets, kicking in a kitty pool filled with confetti. There is old Italian music playing and the women are dancing, laughing, and splashing each other. Each woman briefly introduces herself with her name and superlatives to describe her identity and story. The film itself really takes its time to show the relationship between the women. This means that we, as the audience, feel like we know them very well by the end of the film; however, this does slow the film down as well. The women want to perform a seance to contact Antonia, but in order to do that, they have to dress in their old outfits from when they were prostitutes which leads to a montage of them rifling through their closet of old items and creating a chich-flick-slumber-party scene in the middle of this story of grief and healing. This campy, sweet, and goofy montage shows us their different personalities. The five living women read Antonia’s letter and then decide to contact her. They hold hands and attempt to reach her spirit. But, instead of reaching Antonia, they find Massimina–the final woman in their group who died of a heroin overdose at age 30. We hear part of Massimina’s story before she goes off to the dressing room to change into a different dress than the one she was buried in. Finally, the women are able to contact Antonia who is dressed in the suit her family buried her in. This is cause for many tears and apologies and reconciliations between the women. Eventually, they bring Antonia up to the dressing room as well and dress her in the green dress she requested to be buried in, in her letter.

The scene acts as a proper goodbye for their friend as she disappears from the living plane once she is dressed up. Sadly, at the end of the film we see Antonia and Massimina once again dressed in the clothes they were buried in. This speaks to the finality of how someone is remembered once they have died. Antonia and Massimina’s families wanted to have them remembered a certain way and so that is the way they will remain. This does not, however, mean that there is only one way to remember someone, and I think that is why the scene where the group changes Antonia into her green dress is so important. It shows them overwriting the image her parents created and reminds us of the importance of chosen family and their image of you.

In addition to the seance and campy b-reel that this documentary offers, there are interviews with each of the women. This includes the two women who return as ghosts during the film. The five women who conducted the seance offer their life stories to the viewers about their individual life experiences as well as  their experience as part of this chosen family, created in their youth. The ghost interviews were a good source of comedy for this film, but they also touched on a major theme of the film: no one can tell your story but you. This ties into the conversation of bodily autonomy that stems from how Antonia was buried and the intersection of trans identities within the sex work industry. It feels like this film was trying to remind people that although trans women are women – and that is indisputable – the trans identity means that binary trans people still have a different experience and story than cis people. I think there are a lot of examples of that in this film especially from the different interviews with the women. Even though I am a member of the trans community, the intimacy of the relationship the women share made me feel like an outsider while watching the story unfold. Nevertheless, I think this was a very important film for the group of women as a way to say goodbye to their friend, reconnect with each other, and create a piece of art that they could offer others as a representation of themselves and their stories. In terms of the piece that they created, it was a beautiful mix of comedy and tragedy–moments of joy and laughter breaking up moments of grief and painful reflection.

**Use this link to tell me what you thought of the review. 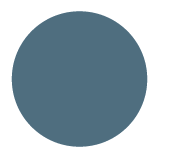