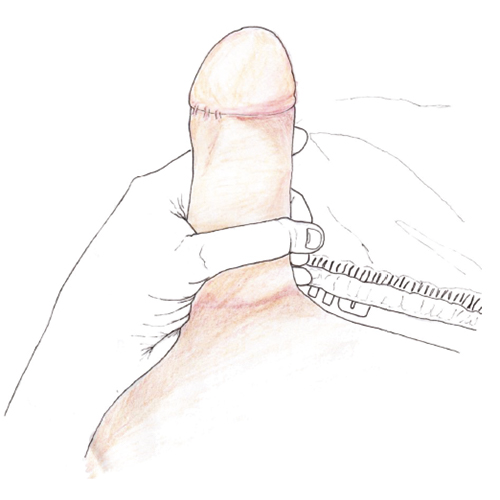 My first memory is when I was two years old. I’m lying in bed and I’m convinced that I’ll grow a dick the next night. My older brothers have them, so mine will probably come soon. I also remember how I pulled the blankets away from me every morning … I look down again. Unfortunately, still no dick. Maybe tomorrow night?

Ftm bottom surgery and post-operative depression — That’s how I woke up disappointed for twenty years. At one point, I was old enough to understand that you have to be born with a penis. But I was still a bit hopeful every night; and a bit disappointed every morning. Until that one morning, January 12, 2017, in a hospital in Belgrade, Serbia. The day before I was admitted for the last part of a two-part phalloplasty operation: The operation used to create a penis for trans men. When I fell asleep that evening, I finally felt like I had grown the penis I always wanted.

It’s hard to describe just how happy I am. After feeling incomplete for twenty years; feeling like an ugly freak; that feeling is suddenly gone. I always explained my aversion to my vagina – like I had an open wound between my legs instead of male genitals. I had to live with it for two decades.

Despite the pain from the operation, I was incredibly happy. It was the small things: putting on my underwear and having a bulge, urinating in the urinal, scratching my balls … all ‘normal’ moments that whenever they happened, my heart would leap in my chest.

You would expect that after that phalloplasty operation I was living on cloud 9. I was ‘ready,’ right? The biggest dream I had ever had just come true.  Unfortunately, I felt the opposite: I became incredibly depressed. Just back from the Serbian hospital, I was recovering at home. My dog was staying with my boyfriend, to give me some time to rest. I was alone. A deep sorrow came over me. I could only cry; cry uncontrollably until the tears ran out and a breathless squeak came from my throat. After a few hours, I phoned my friend in panic: he needed to come to me right away with my dog, because I didn’t know what to do anymore. All I knew was that I needed a friend. I’m glad he answered his phone. If he hadn’t, I was intending to jump from the fourth floor.

I could only cry; cry uncontrollably until the tears ran out and a breathless squeak came from my throat.

The period that followed, there wasn’t much that meant anything; not even my boyfriend at the time. Actually, nobody could really do anything for me. I was no longer under treatment with a psychologist or psychiatrist. It was just me and my dog. It took seven months to accept that this is the body I will have to spend the rest of my life with. I don’t know exactly how I accepted it. I repeated “I can’t change anything now” like a mantra. By repeating this, I finally found a kind of peace.

I was unhappy all my childhood. All of the psychologists, psychiatrists and therapists over the the years said my depression was due to gender dysphoria. I told myself: I’m unhappy now, but when I’m sixteen, I can take male hormones. When I’m eighteen, I can get my breast surgery. There was always a next step: an excuse for not being be happy now. After the next step it automatically got a bit better.

But then the last step was taken. And it didn’t get better. Suddenly the realisation came that ‘this is it’. I’ll always carry my past, the first fourteen years of my life as a girl. I can’t get an erection, I can’t make semen, I will always have to explain something to new lovers: I can’t father children myself.

I had to accept things. I had to accept that I’m transgender, no matter how much I look like a cis-man. There are negative aspects of being trans and I needed to learn to let those go. I should’ve started with that much sooner. If, when I was 14, had been less busy with the idea of how to be a convincing boy and more with ‘how do I accept my body’; I might’ve never experienced the depression after my surgery. The VU medical centre psychologist who told me as an insecure fifteen-year-old transgender teenager: “You will never become a real man,” didn’t help me to accept reality. I was filled with anger and felt totally misunderstood. Now I understand the message she was trying to give me: she wanted to protect me from the post-operational depression that would hit me eight years later. I found out later via online trans support groups that it’s a common occurrence. However, I’d greatly underestimated those stories. It’s difficult to process the realisation that despite a successful transition you’re still not an ‘ordinary man.’

“You will never become a real man” the psychologist told me

If I travelled back in time five years, I would do everything exactly the same. I have absolutely no regrets about any of my operations. I felt them as a necessary process of gaining control over my own body. In the meantime, things are getting better; I’m accepting my body more and more. What helps is that people see me as a man: I can sit in the sauna without getting weird looks; share a bed with other men who have no idea. My partner has no problem with the fact that I’m trans, and my sex life is fine. I’m beginning to get used to the body that I’ll spend the rest of my life with.

During my transition, I clung to a vision of the future. Now I have accepted that I am transgender. I don’t have to deny this from myself. My body fits much more with my gender identity. I also realise: now that I have more or less reached my physical goal, I still continue to feel unfulfilled in my wishes and desires. I’ve accepted that this is part of life. Now I stick to the following thought: if I live the life I want to lead; if I support myself; the beautiful moments will prevail.

Dutch photographer Prins de Vos followed Levi, also during the hard times described in this story. This resulted in an awardwinning photoseries Boys do cry. 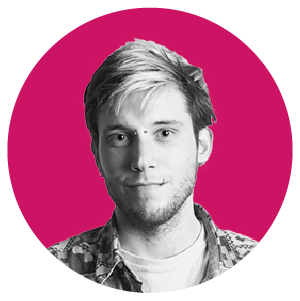