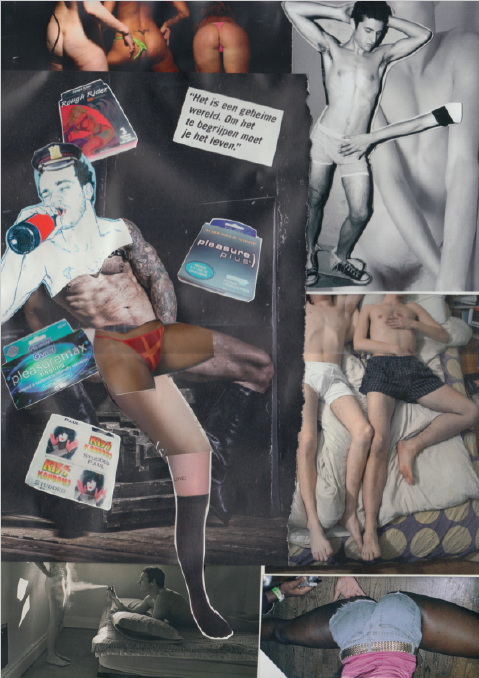 A lot happens to you during transition. For several things, you already know the course reasonably well before you start. For example, the most important effects of hormone replacement therapy, the way to legally change your gender, are matters where knowledge is readily available. Regarding many other changes that you face during a transition, there is not a ready-made plan waiting for you. Dating and sexuality are topics you mostly have to figure out yourself as a transgender.

When do you tell a date about your gender confirmation surgery? Do you or do you not mention on your Tinder or Grindr profile that you are a transgender? I asked these and other questions, to six experts.

Maik notices a big difference in regards to dating before and since his transition: ‘Before, I didn’t have to explain anything. Coming out as a transgender means, I have to deal with judgements now. Dates have rejected me because they think I am ‘not a real man’ and because “they need a dick”.’

The amount of rude questions he receives because of his transition is especially intense for Maik: “You always have to cross a certain threshold to tell that you are a transgender person. For example, when I tell it in a new group, I know this will be the topic for the rest of the evening. I have a girlfriend now. And people often ask me how we have sex. That’s just so rude!’

His girlfriend supports him in his transition, says Maik: ‘I got to know her through a shared group of friends. I knew she was open-minded, but she had no idea at the time that I was a trans. I was scared to tell her, but ever since she has known, she has supported me in everything. She cared for me after my operation. She kept a close eye on the recovery of the wounds and scars and made sure I ate enough. She helped me to consider my limits regarding movement and energy.

During her transition, Linah noticed that people were mainly interested in her body, but not so much in her as a person: ‘I was seen as some kind of experiment, as a taboo. On dates, people wanted to know everything about my transition but didn’t want to notice any of it. Sometimes I was flirting with someone for a while, but then I noticed that they only wanted a one-night stand and didn’t want to start anything serious. That felt very confrontational. At the beginning that was difficult for me’.

As her transition progressed, things did change for Linah: ‘The first year, I was afraid that other people’s behaviour would always remain that way. That’s why I moved to a new environment. After the move, there was a time where the whole love thing was just not worth it for me. Strangely enough, I did end up having a relationship just then. In the meantime, I had had a few surgeries and I looked different, more feminine. Because of this, the taboo of being in-between has suddenly disappeared, and the people I date look at who I really am. I’m not an experiment to them anymore.’

Stef recognises the feeling of being seen as an object, being transgender: ‘Women looked at me differently: they wanted to see if a trans person was ‘something for them’. I used to tell a bit about me being transgender on the second date. Then it was up to them whether they wanted to move on. Sometimes they only wanted to sleep with me and afterward they would say it wasn’t going to go anywhere after all. Once, after I told her, a woman got up and ran away’.

Stef has had a girlfriend for three years now. When he had just met her, he had his coming out: ‘I let her know through a Facebook message that I was trans. She said she had to tell me something too: she had a son. Suddenly we were even.’

His girlfriend has been by his side ever since: ‘She had to get used to my body, especially before breast surgery. Until then, she had only had sex with men.’

Amber experienced a one hundred and eighty degrees turn: before her transition, she only hooked up with girls, but now she focuses exclusively on men. I was always in a boys’ group, in which hitting on girls while going out was seen as a game. I thought it was funny to play along a bit, but I wasn’t really looking for a relationship with a woman myself. Looking back on it, I doubt if I liked women at all, or if I only liked the game.

She met her current boyfriend on Tinder: ‘In my tinder profile it said that I was trans, but nobody really looked at that. When on a date I always tried to tell them as soon as possible. It struck me how many people were very normal and respectful about it, and so was Jos. He is blind in one eye and was insecure about that. Because we both shared our insecurities, it felt very familiar from the start. He also appeared to have talked about me with his mother and friends before our date. That made me feel that he saw our contact as something serious’.

Amber says a reason for their well-functioning relationship is that they talk about things easily: ‘I thought it wasn’t wise to get into bed with him right away. Before we had sex for the first time, we had long conversations. That way we knew from each other what we were allowed to touch and what we weren’t, and what other possibilities we had for the things we couldn’t do. Even after the operation, we continued to talk about this with each other’.

Jeroen, trans man (in his twenties)

Jeroen had never dated before he went into transition. When he started using hormones, he discovered something special about himself: ‘Before my transition, I was attracted to women. With the testosterone, I began to doubt whether I was bi. I hadn’t had a relationship with a man until then, but I suddenly felt sexually attracted to men. That was hard in the beginning.’

Through Tinder he got to know his girlfriend: ‘I had put in my Tinder-bio that I write articles for the “Linda.Online” (online magazine). If people would click on that, they could read that I am trans. On the first few dates with my girlfriend, I noticed that she didn’t know what it meant: the fact that I was trans. So she wasn’t sure if I had a penis. She also doubted whether she wanted a relationship with me, because of her desire to have children and the possible reactions from her environment. Luckily it wasn’t all that bad: many of her family members had already seen me on TV in a programme about transgender people and were accepting. In spite of everything she fell in love, so we ended up in a relationship.’

One tricky point remains, the desire to have children: ‘My girlfriend has accepted that this is going to be complicated. It is the way it is. I’m very sorry about this too.’

Levi started his transition quite early on in life: ‘I’ve been with the gender clinic in Amsterdam since I was twelve years old and started taking hormones when I was sixteen. Since then I’ve also had the phalloplasty surgery done. I’ve had several boyfriends, during different stages of my transition’.

Around the age of eighteen he started with one-night stands: At first, I was very insecure and was afraid to date people I didn’t know very well. Since my nineteenth birthday, this changed; I started to be active on dating apps like Grindr and GayRomeo’.

His dates hardly ever found out about his transition, he says: ‘I never told them beforehand about me being trans, and very rarely during or after the date. So I had sex with these men without them knowing I didn’t have a penis. I was afraid that people might like me very much but would be put off by their negative ideas about transgender people. There have been people who suddenly didn’t want to be in touch with me after my coming-out as trans. This even happened after my phalloplasty. I think these reactions are the worst, because those people make me think I will never be a real man’.

Levi has learned throughout his transition that the reactions to the coming-out are not predictable: “I met my last ex through Grindr. I knew him two years before I told him I am trans. He was sorry that I didn’t dare to confide in him sooner. However, my relationship before my last said: ‘I’m glad you’re only telling me now because I actually thought transgender people to be a little attention-grabbers, but now I’m already in love with you’. So there’s no such thing as the right time to come out and you can’t predict which one works best for someone’.

The names of Amber, Jeroen and Levi are fictitious 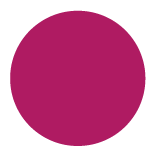