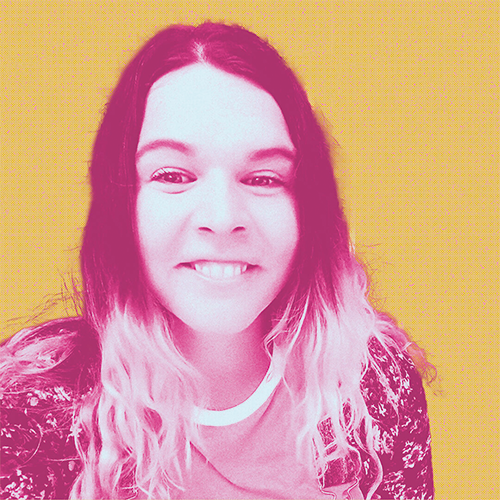 Author, cartoonist and public speaker Sophie Labelle has many followers on her social media accounts. I’ve been following her and her work for a long time now. When I knew about her plans for an European tour, I instantly took on the chance, contacted her and asked if I could interview her. We stayed in contact until the day of the event which was in Amsterdam at ‘Mama Cash’ – a feminist organization.

There were a variety of people attending the event from different countries and backgrounds. A lot of topics were discussed and experiences were shared. Personally, it was thrilling to meet Sophie in the flesh; she is a marvellous person and a great role model who’s inspired a lot of people, especially transgender people. Sophie is very active in the transgender rights movement and speaks eloquently and with sharp humour about subjects such as trans history and transfeminism.

Sophie was born in 1987 in Quebec, Canada and became an activist for transgender rights from an early age. As an artist she has developed her own kind of activism by showing the world through her drawings that “trans individuals are talented and able to tell jokes.” Her work addresses issues of gender norms and (white cisgender) privilege. Assigned Male is the title of Sophie’s gender-nonconforming webcomic and series of zines. Main character of Assigned Male is Stephie, a (Caucasian) trans girl who explores and embraces her gender against all the odds.

How it all began

At the age of seven, Sophie joined the comic club, established by her oldest brother. The topics dealt with the fifth-grade teachers of their school and their awesome adventures. The comics became a local success. After the club ceased to exist, Sophie; thirteen at the time; decided to continue drawing. This ultimately resulted in comics about gender-related themes and queerness.

Sophie became an activist with LGBTQIA youth and school associations. The experiences she had with her queer activist friends inspired her to complete the first draft of Assigned Male. This was in 2014 while she was studying to become a teacher. As a trans kid Sophie felt a lack of representation. This motivated her to choose children as the main characters in her comics. “Society in general is built on compulsory cisgenderism and heterosexuality, which forces the idea upon us that every child that is born will end up being cis and straight.”

By the time her work got more famous, Sophie evolved in terms of drawing quality and storytelling. “When I started drawing Assigned Male, I did not think that it would get much attention. If I knew that my work would become well known, I would’ve given it a lot more focus by drawing more conscientiously. But I had no clue what I was doing back then, I didn’t have any access to the appropriate digital online tools.”

Through time, her comics got more mature, better artwork and smarter jokes in them. “The very fact that people were reading my comics made me work harder to make better ones.”

Sophie has fans all over the world and gets invited to all sorts of events to talk about her work. Sophie likes to tour around. She’s travelled to many countries so far and visited locations varying from universities and government associations, from barbershops to queer festivals. One of the comments she gets is that people find it great to see transness normalized. Sophie points out that the world is changing, there seems to be more awareness about the gender spectrum and more understanding of what once was unknown. Sophie’s work is very much in sync with this development.

But there’s also criticism. Sophie’s somewhat sarcastic humour is sometimes being misunderstood. “I now and then get critical questions such as: We noticed that a lot of transphobes in your comics aren’t trans; are you cisphobic?” Sophie finds this confusing as well as amusing. The critique can be more severe. Sophie has been a victim of transphobia. “On the net you can read silly things about me, conspiracy theories assuming that I am not really trans and that I’m faking it just to make profit from it.” Neo-Nazi groups have threatened Sophie online because of her ‘(trans) gender propaganda’. The controversy did contribute to more public attention and interest in her work, which Sophie likes to see as a beneficial side effect.

Sophie’s comics are no autobiographies, but they are inspired by her personal experiences as a trans person and those of other trans individuals. Readers ask her if she will be going to make Assigned Female comics. Sophie explains that she’s willing to have trans male and non-binary characters in her comics but that she won’t ever make them lead characters in her comics. She suggests that others should fill in the gap “Otherwise I feel I am taking the space that other people should have.”

Everything that’s been published either online or in print, is ‘self-published’. Sophie states that it’s really hard to be out there and be visible in a positive way, especially if you come from a marginalized group. Many trans artists that become famous become hindered by ‘imposter syndrome’. A psychological pattern that makes them doubt their progress. Despite success, they tend to be unconvinced of their own talents and skills. They tend to externalise the cause of their success: fate, luck. According to Sophie, this is because of internalisation of negative stereotypes about trans people. Some of those stereotypes have existed for years; and in fact still exist.

Sophie sees that the general image of trans people is slowly changing for the better. Trans people who have inspired Sophie are, amongst others, actress Laverne Cox and writer Janet Mock. She admires the way these women have talked about being trans and what they’ve done for the community in their activism. This has influenced Sophie’s writing and drawing. Alison Bechdel, a pioneer in the 80’s within queer comics about queerness and lesbianism, is also important to Sophie. Especially regarding the audience choice. Sophie focuses on her own queer and transgender community, instead of educating ‘normal society’. If a cis woman from the public asks Sophie how cis people can be a good ally, Sophie answers short and to the point: ‘Buy my work!’.

Writing for TRANS magazine is one of many trans activist deeds of Nour Anne Abdullah. She left her native country Kuwait to be able to continue her actvism in relative safety. She wrote about the pioneering role of the bicultural trans community within the lgbtiq+-community, about creating awareness in Dutch secondary schools, interviewed Dutch trans pioneer Beyong Veldkamp and wrote about latina trans sex workers in Amsterdam.